Almost 11,000 academics across 128 countries have named the universities they think are the best for research and teaching in their field for Times Higher Education’s (THE) World Reputation Rankings 2021.

The US as a whole remains the most represented country, with 57 institutions named in the rankings, while the UK has the second-highest number, at 25.

There is also no change among the top six, with THE noting that Harvard, MIT, Oxford, Stanford, Cambridge and Berkeley are “a breakaway group of global university super brands”.

China breaks through
One notable newcomer this year is China.

Tsinghua University in Beijing has risen three places this year to number 10, becoming the first Chinese institution to break through into the top 10.

Phil Baty, Chief Knowledge Officer at THE, thinks this is significant. “We could see a shift in the balance of power in global higher education over the coming years as mainland China becomes a more attractive proposition for academics and students to work and study. This could not only cause issues for the likes of the US and UK in terms of attracting talent, but also funding and prestige on the world stage.”

Here are some other highlights from the survey. 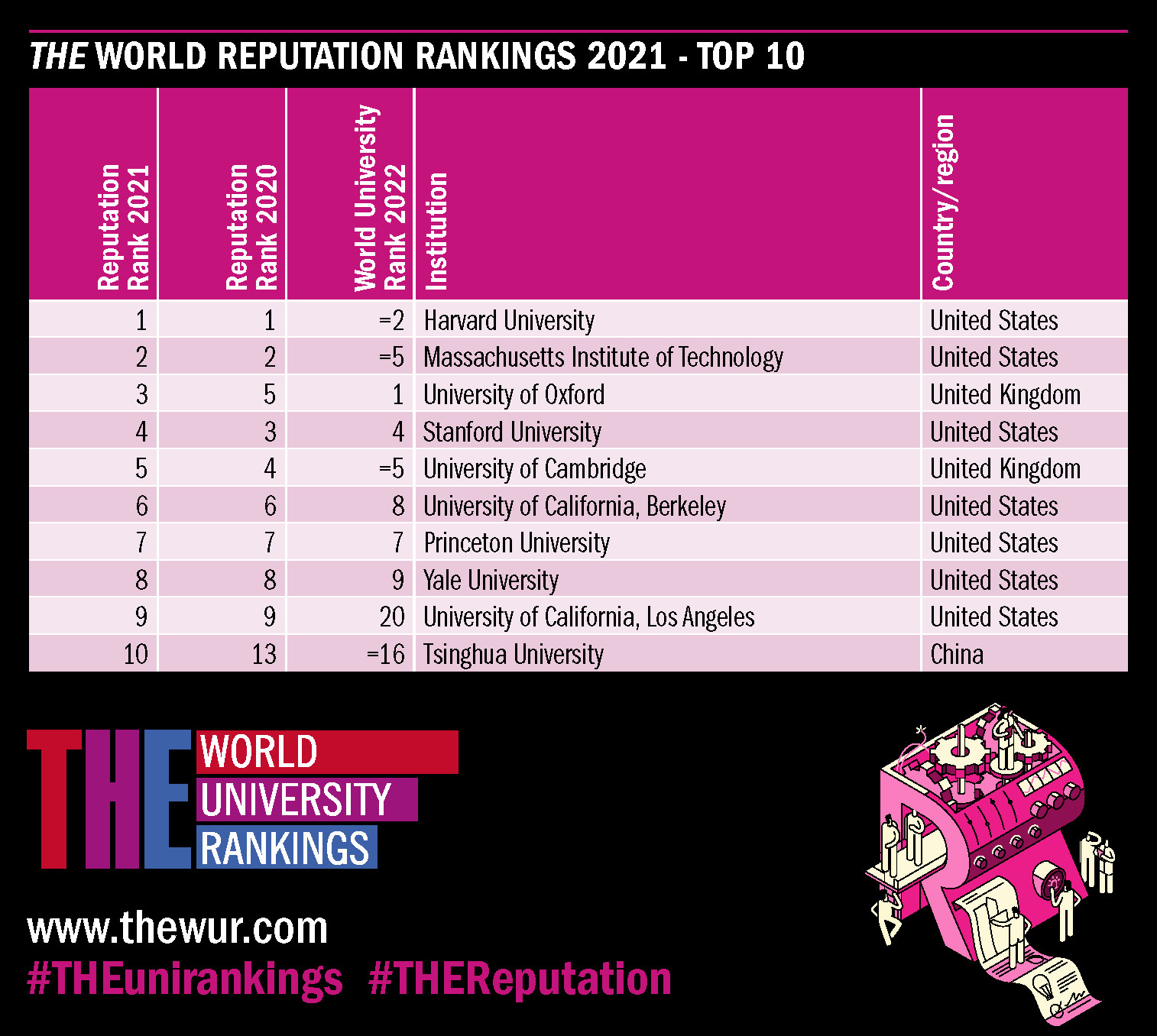 The Netherlands – six of its nine listed universities have ranked better than last year, with the remaining three retaining their positions on the table. Delft University of Technology climbs into the top 50 for 2021. 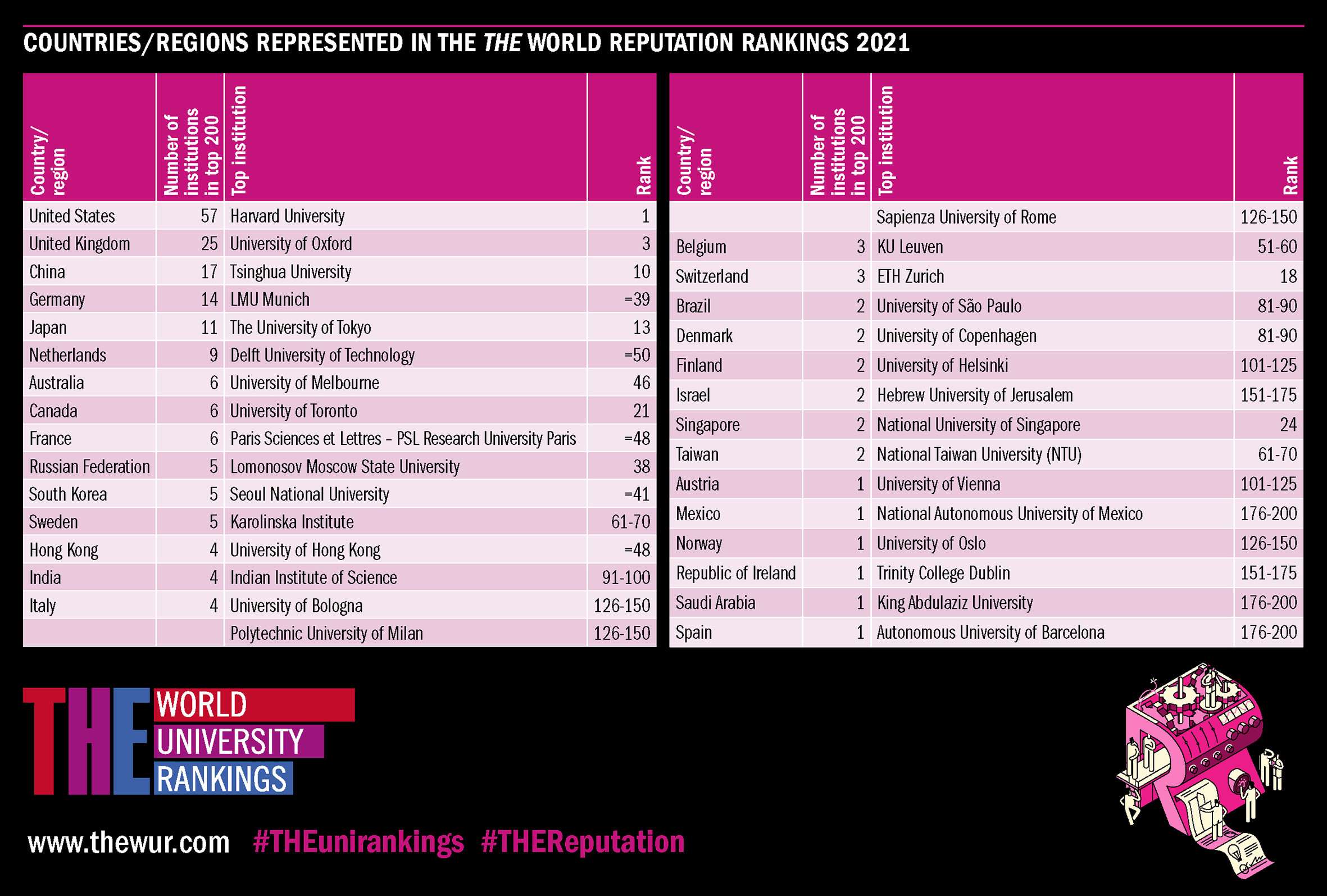 Oxford University – in the same year that it helped develop a COVID-19 vaccine, the University of Oxford climbs two places to third.

China – with its “breakthrough result” this year, “mainland China is the major success story in the ranking,” THE says. With seven universities in the top 100, including Peking University (15th), it also adds five new universities to the rankings this year, giving China a record 17 representatives in the table overall and making it the third most represented country for 2021. 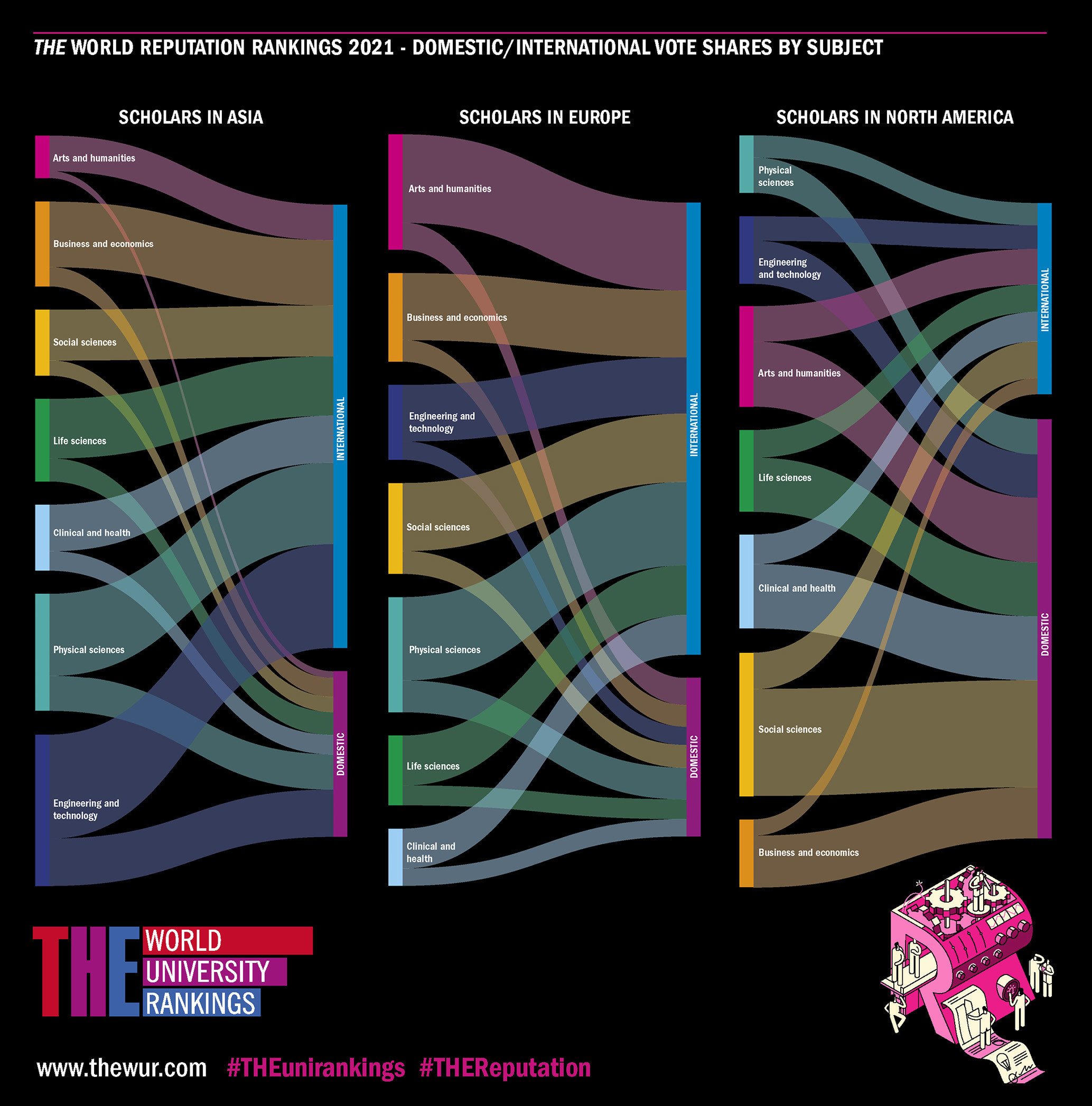 South America – Brazil is the region’s only representative in the table, but both of the country’s ranked universities improve their standing this year, with the University of São Paulo moving up nine places to 81st and the University of Campinas jumping from 175th to 151st this year.

US immigrant population hits the highest in HISTORY under Biden: Study says 14.2% of American residents are foreign-born – the most in 111 years – as White House deals with record border crossings

‘Your papers please’: is that where Brexit...