Loss of more than 40,000 staff over past six months prompts move to recruit overseas 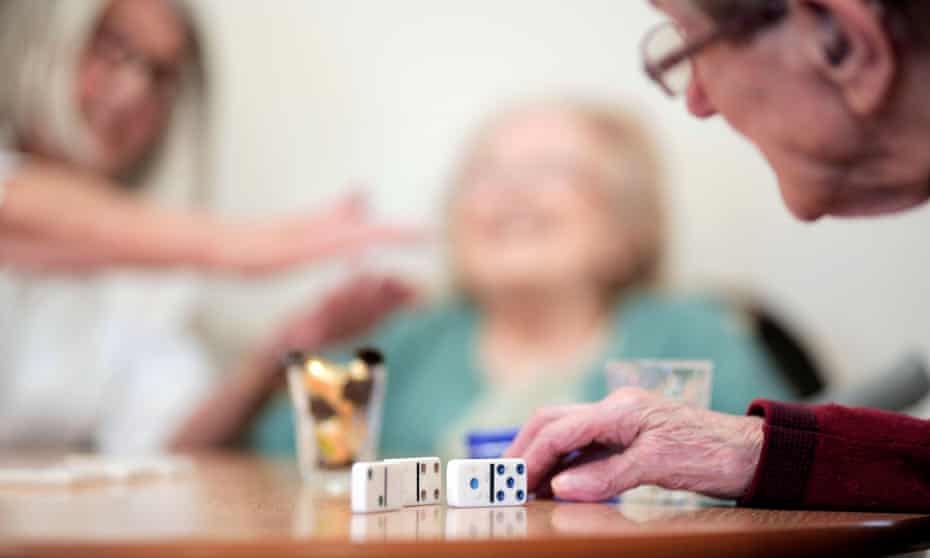 Thousands of additional care workers are to be recruited from abroad to fill chronic gaps in the workforce, the government has announced, after figures showed more than 40,000 social care staff had left the sector in the past six months.

Immigration rules will be relaxed for care workers, care assistants and home care workers, who will be added to the Home Office’s shortage occupation list.

The Department of Health and Social Care said the pandemic had brought unprecedented challenges. The change follows a recommendation from the Migration Advisory Committee, which said there were “severe and increasing difficulties faced by the care sector”.

Care workers who arrive on a 12-month health and care visa must receive an annual salary of at least £20,480 to qualify, with the measures expected to come into effect early next year. They will be entitled to bring dependants, including a partner and children.

Priti Patel, the home secretary, said the sector was “experiencing unprecedented challenges prompted by the pandemic”, adding: “The changes we’ve made to the health and care visa will bolster the workforce and help alleviate some of the pressures currently being experienced.”

Health providers have predicted worsening staff shortages, with a requirement for all frontline healthcare workers to be fully vaccinated against Covid by 1 April. The same was asked of care workers by 11 November.

Earlier this month, the Nuffield Trust said the care sector was facing an extremely challenging winter of staff shortages. The health thinktank found staff numbers had fallen by about 42,000 between April and October.

The Home Office also announced that a visa scheme to allow seasonal horticultural workers to come to the UK would continue until the end of 2024, but the government added it wanted to see a new plan from the sector to cut the reliance on foreign labour.

There will be 30,000 visas available next year, with the number being tapered down from 2023. The Department for Environment, Food and Rural Affairs said a review had found the reliance on foreign labour had held down wages and was a disincentive to investment.

George Eustice, the environment secretary, said a seasonal workforce long pre-dated membership of the EU but there was a determination to improve pay and skills to attract UK workers. “We recognise that agriculture has unique and seasonal requirements for labour at harvest and have listened to our world-leading fresh produce industry to understand their needs,” he said.

Wes Streeting, shadow health secretary, said: “Sneaking this announcement out on Christmas Eve is an admission of failure from the Conservative government that they don’t pay carers enough to recruit or retain the staff we need, and have failed to tackle this building problem for years. Labour will ensure care workers get the pay, terms and conditions they deserve, tackle high vacancy rates, and transform training to improve the quality of care.”

Daisy Cooper, the Liberal Democrat’s health and social care spokesperson, said: “This measure is too little too late for everyone who has had their visits to a loved one in a care home cancelled this Christmas. The paltry offer of a one-year visa will likely fail to attract the numbers of care workers we so desperately need.

“The government needs to think again and offer three-year visas to carers with immediate effect.”

Germany is on the lookout for 400,000 immigrants to fill up job vacancies

Social care: Immigration rules to be relaxed to recruit staff