Today people working in university cafes are striking for fair pay – and others are set to follow. Their institutions must listen

Today, the trade union that I cofounded, United Voices of the World (UVW), has fired the starting pistol on a wave of strike action across London. It will see outsourced, low-paid and migrant workers demand 30% pay increases, and equality in terms and conditions with their directly employed colleagues.

One of the biggest strikes will affect the NHS and St Mary’s hospital, along with the Ministry of Justice and the headquarters of ITV and Channel 4. Royal parks such as Hyde Park and St James’ Park will go unclean and unkempt as attendants walk out demanding the London living wage, proper sick pay and the lawful right to annual leave, which they are currently being denied.

Among this disparate pool of employers, all of which are guilty of creating two-tiered, racially segregated workforces by outsourcing mainly black, Asian and minority ethnic (BAME) and migrant workers on the worst terms and conditions possible, British universities are overrepresented. Three major London universities will be affected: St George’s University, the University of Greenwich, and the University of East London (UEL). 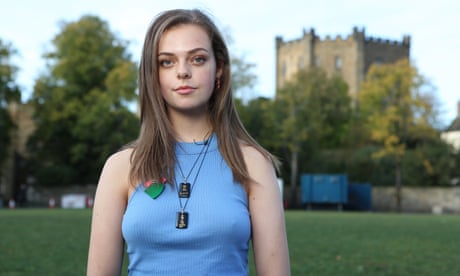 At Greenwich, cafe workers outsourced to BaxterStorey will strike to demand the London living wage, reduced workloads and occupational sick pay. These workers have never gone on strike before but now feel there is no alternative. All of them report being overworked and suffering either physically or mentally due to being employed on poor terms and conditions.

One of these workers, a chef named Syddik, told me how one summer chronic understaffing meant he had to regularly work 80-hour weeks in intense heat. After one shift he collapsed and had to be hospitalised. But he was back in the kitchen the following day: he doesn’t have occupational sick pay, so if he misses a day’s work, he misses a day’s pay.

Syddik’s story shows how outsourcing disproportionately affects BAME and migrant workers. Nowhere can this be seen more clearly than at the University of East London (UEL), where members work as security guards and are soon to be balloted for strike action. Previously they were outsourced to a contractor called Noonan, but in April of this year were brought in-house. Despite this the university still refuses to equalise their pay and conditions with its other employees. We will soon be arguing in court that this constitutes a breach of the Equality Act 2010.

In 2017 UVW rang the death knell for outsourcing within our universities by becoming the first trade union to force a UK university, the London School of Economics, to bring all of its outsourced cleaners back in-house after what was then the largest cleaners’ strike in UK history.

Since then many universities have followed suit, including London’s School of Oriental and African Studies (Soas), King’s College London, Goldsmiths and Birkbeck. It’s now indefensible that universities such as UEL and St George’s University continue to hold back progress. It is also incomprehensible, given that St George’s once produced a detailed business case for in-housing which concluded it would lead to a £200,ooo per annum saving.

Racism in universities is a systemic problem, not a series of incidents

Once the financial savings argument has been discredited, how can outsourcing be justified? How can we not conclude that the reason outsourcing continues is because fundamentally universities believe their BAME and migrant workers, such as cleaners and security guards, are unworthy of the same terms and conditions as other, primarily British and white university staff?

Brexit has created a fierce debate about the effect of migration on wages. But I hope that these strikes, and UVW’s past successes, will help people to make the case that Britain’s pandemic of low pay can never solved by the scapegoating of migrants. The only solution is having workers from all nations and races organise, unite and strike.

‘It could have been me’: refugees describe their journeys to the UK