Queen meets Christians and other faith groups at Buckingham Palace

The Queen is said to have been “empathetic” to difficulties facing refugees and asylum seekers while meeting members of faith and belief groups who promote community cohesion.

At a reception held at Buckingham Palace, the monarch greeted 160 representatives of different beliefs and faiths from across the UK.

A smaller group of 12 volunteers and community workers had the chance to discuss with her their efforts to bring about positive change in their neighbourhoods.

They said the Queen took time to quiz them on their work in supporting people from a variety of backgrounds and encouraged them to work together in future now they had met each other.

“She was very interested in all of our work with refugees and asylum seekers in particular,” she said.

“She seemed very empathetic to the situation they’re in and the difficulties that they face.”

This evening I will mostly be eating with an elderly sister in Christ who lives in a large house in central London!

Pastor Dai Hankey, from Cardiff, called the Queen “genuinely buzzing” to hear the community leaders networking amongst themselves.

Following his conversation with the monarch, he said: “She was very aware. You get the impression that people who live in palaces aren’t aware of the outside world, but she really does know what’s going on in the world and especially the UK.

“That’s quite humbling, hearing her speaking about asylum seekers and asking questions.

“It’s encouraging that she really cares.

“She seemed genuinely buzzing that the room was buzzing.” 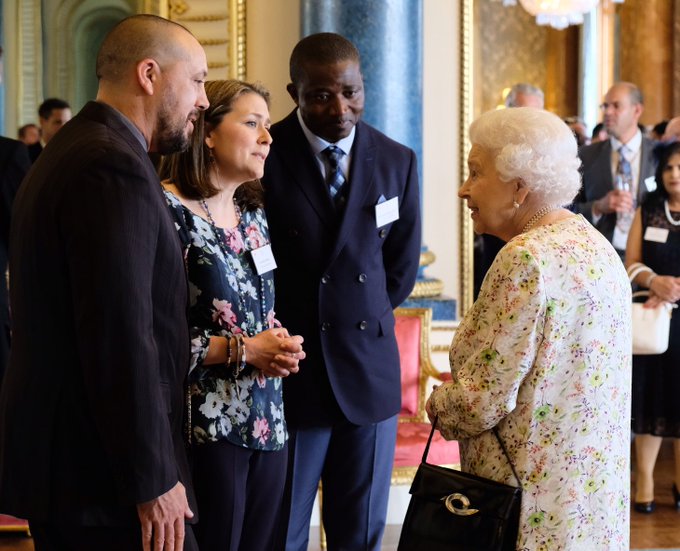 Pastor Dai Hankey (far left) speaks with Her Majesty about his work.

.@daihankey, Pastor of a small, multi-cultural church in Cardiff, leads @REDcommunityUK – a charity that raises awareness and supports survivors of human trafficking in Wales.

The pastor leads Red Community, a charity that supports survivors of human trafficking in Wales.

“When she mentioned asylum seekers, she said (she) imagined there’s more people being asylum seekers and refugees at any time before because people are moving around the world so much,” he added.

“It’s a very aware comment, you know what I mean?”

Kingsley Avageh, the pastor of Agape life Chapel International, who also runs Paradigm Impact network, a community-based learning centre with a Christian ethos in Doncaster, said it was encouraging to be invited to such an event.

He wrote on Facebook: “The most Happiest Day of Mine Life. To be invited by Her Majesty the Queen to the Buckingham Palace for a reception. Humility is Powerful.”

After finding out Mr Avegeh grew up in Ghana, the Queen was said to have called his native country – which she has visited twice – “very friendly and welcoming”.

She met with James Brokenshire, Secretary of State for Housing Communities and Local Government, and minister for faith Lord Bourne of Aberystwyth.

The Queen shared that there was a “tremendous amount of talking” among the faith and belief groups who had gathered in the next room. 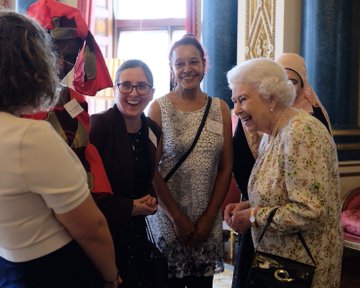 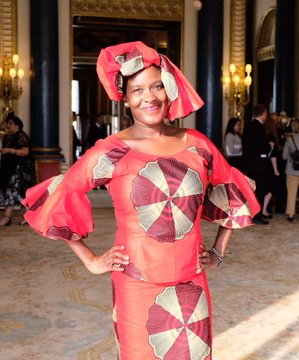 Valentine Nkoyo from Nottingham works with women who have suffered, or are at risk of suffering, FGM. Her foundation @MojatuF brings together 25 nationalities and 6 faith groups to help these women become more confident and widen their social networks.

Rule changes to make it easier to...

Don’t be disheartened, Brexiteers – here’s why...