‘I would say, absolutely, the issue of the mandatory vaccine is really going to push us to bursting point’ 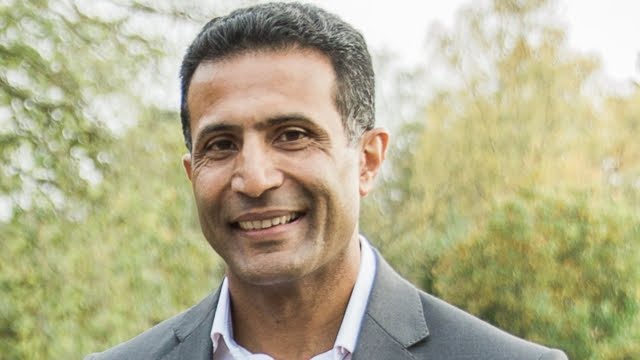 Compulsory jabs for home care workers spell disaster for the sector, one of the largest family-run social care providers is warning.

Radis Community Care, which employs more than 2,000 carers to look after people across England and Wales, says it is already withdrawing services due to staffing issues.

And the company, which specialises in home care, will be forced to continue turning down new contracts, leaving hundreds of vulnerable people without vital support.

“Having staff who are unvaccinated providing care is, to me, the lesser of two evils versus just not having enough staff to support people to live independently,” Mr Patel, who founded Radis with his brother Samir in 2001, told i.

“Care has always been difficult from a workforce point of view – this is the worst it has ever been by some distance. We’re out of ideas, we don’t have the staff, we’ve got most of our workforce doing overtime, covering additional hours so that’s hiding some of the problems. We’ve not got the new recruits coming through.”

Previously i revealed more than 100,000 workers in the domiciliary care sector, which looks after people within their own homes, remain unvaccinated with less than five months to go before the vaccine mandate deadline. If the rules came into effect today, 25 per cent of England’s home care staff would be banned from working unless they are medically exempt.

While there is sufficient time for staff to get fully jabbed by April, the domiciliary care sector is deeply concerned the mandate will exacerbate existing staffing shortfalls.

Mr Patel said Radis was already operating with more than 100 vacancies, while five per cent of the current workforce – just over 100 people – had not had any vaccine doses. A variety of reasons for not getting the vaccine have been cited by staff, including medical exemptions and anxiety.

Radis has encouraged all staff to sign up for vaccines, which both the Government and scientists say are safe and effective against Covid-19, but Mr Patel had hoped they would not be mandatory.

“Over the coming weeks we are expecting to see a lot of staff [leaving] just as care homes have had [staff] leaving. That’s one impact. Another one will be new recruits drying up – people who don’t want the vaccine not applying for jobs in care,” said Mr Patel.

“It’s unsustainable to the point now we’re even withdrawing from some areas because we just can’t maintain staff at safe levels.

“I think we’re going to be in a position where we will be withdrawing from contracts in quite a largescale way and trying to get back to safe levels. We simply won’t provide care if we don’t believe it’s safe if we haven’t got enough staff cover to manage.

“We have, since the early part of summer, been turning referrals away from local authorities from the NHS. So that’s hundreds and hundreds of referrals for people who need care in their own home, we’ve been unable to fulfill them. There’s a lot of pent up demand.”

Mr Patel added: “I would say, absolutely, the issue of the mandatory vaccine is really going to push us to bursting point.”

Refugees to hand in petitions against ‘cruel, unworkable and unlawful’ borders Bill

How to locate a Foreign Wife

UNITED KINGDOM: Statement of Changes to the...

UK charity, QF partnership to save even...