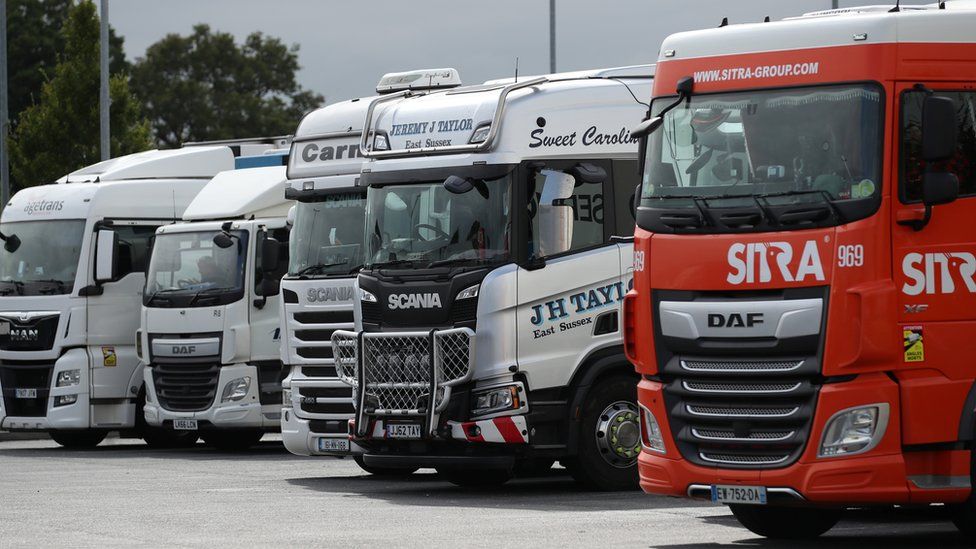 It’s been hard to avoid reports of the shortages of lorry drivers lately.

Breakdowns in the supply chain have been blamed for some foods not appearing on supermarket shelves and even brought distress to fans of German-made Haribo sweets.

Nando’s had to close a number of restaurants in England, Scotland and Wales due to supply problems and McDonalds ran out of milkshakes in those three countries.

A combination of Covid, Brexit and other factors, means there aren’t enough drivers to meet demand.

The issue has led lobby groups for the retail and transport industries to ask for help from central government.

There may be a shortage of existing drivers but the job remains appealing to young people in Northern Ireland.

Scott Adair has a degree in technology with design from Ulster University and at 22 he’s younger than most HGV trainees.

There’s a shortage of work in his specialisation, which mainly trains people for the aerospace industry.

He has a number of reasons for wanting to be a truck driver, at least until the aerospace business picks up.

“At the minute the money’s good,” says Scott, adding: “I’ll never be stuck for work”.

And the industry runs in the family. He remembers sitting the cab of his uncles’ trucks as a youngster.

“It was nearly bred into me,” he says. 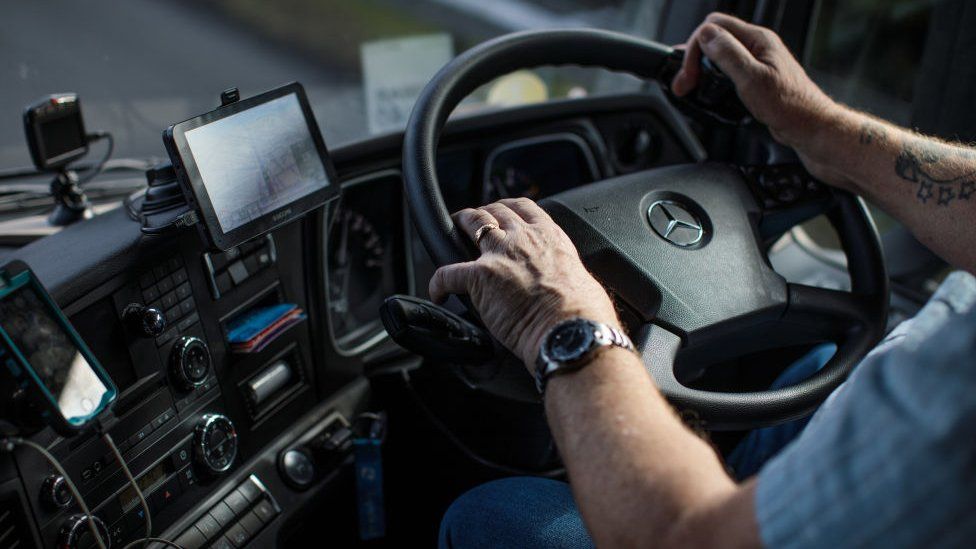 Garry Cairns is a trainer for goods vehicle drivers with the Academy driving school. It’s part of the Henderson Group that operates a fleet of 140 vehicles supplying its Spar shops across Northern Ireland.

He explains that the Academy has training contracts with haulage companies as well as taking on individual learners and supplying the company’s own needs.

“We’re booked out to the end of the year. We’re always very, very busy,” he says, adding that the main problem currently is the lack of available slots at driving test centres.

“The capacity is not there for the theory test,” Garry says.

He says they have a lot of people wanting a change of career, including financial advisers and accountants, “recently also some cabin crew and pilots who have been made redundant”.

How serious is the HGV driver shortage?
So what sort of person is suited to the job?

A family connection with the transport industry is a common factor with many trainees.

‘I like to have options’
Laura Owens is one of the new generation of female lorry drivers.

At 27 she was working as a hairdresser, a job that was badly affected by the Covid restrictions.

She says she knows of other women who were working in hair and beauty who are now driving lorries.

“My brother is a lorry mechanic. I did the odd trip with him and there is good pay for drivers at the minute,” Laura says.

Adam McVeigh is currently a delivery driver with one of the big supermarkets.

“I’m someone who likes to have options,” he says.

The 22-year-old is studying for a degree in natural sciences with the Open University but he enjoys driving around the countryside in his present job.

“My uncle was a lorry driver and he told us some good stories about travelling around Europe,” Adam says. 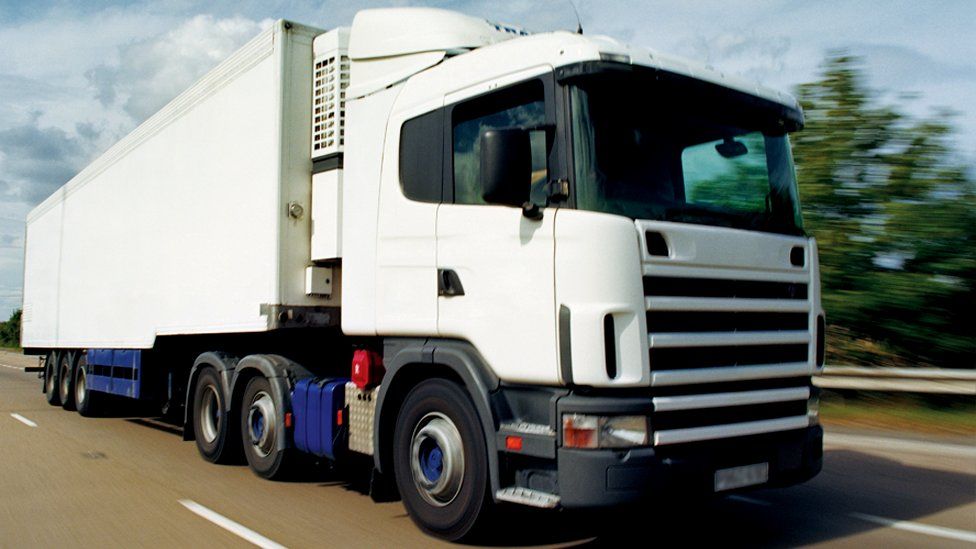 A spokesperson for the Department for Infrastructure said: “To meet the demand for large goods vehicle (LGV) driving tests the DVA now offers tests on a Saturday and at certain centres on Sundays where it is suitable to do so without compromising the integrity of the test.

“However, uptake from the industry, particularly on Sundays, has been less than expected given the demand for these types of tests.”

“Local test centre managers directly engage with LGV driver training schools in relation to test appointments and are keen to work with them to meet their specific needs and requirements, wherever possible.”

The department says there are currently appointments available for LGV theory tests at all its theory test centres.

New support for training is becoming available from the public sector.

Antrim and Newtownabbey Borough Council is launching a new Logistics Training Academy to help improve the skills of employees within the logistics industry.

This will include upskilling existing warehouse staff into driving positions,

The council says it will be working alongside the Jobs and Benefits Offices who could potentially fund the driver training costs at a maximum of £1,500 a person.

It is intended that the logistics training academy will commence as soon as possible and is expected to cost in the region of £60,000.

Twenty participants will have the opportunity to take part in driver training.

Immigrants Will Need To Be Vaccinated To Apply For Benefits

How to write college essays

Prerequisites For a Term Paper Writer

Affordable Essay Writing Service – How to Get...

How to Get Financially Benefited From an Urgent...

Essay Writers Must Be Ashamed Of Cheap College...

What direction to go If Conned Online...

Anger over new election rules that ‘could...