Airlines may turn away EU nationals with settled status due to complex residency rules, says Brussels 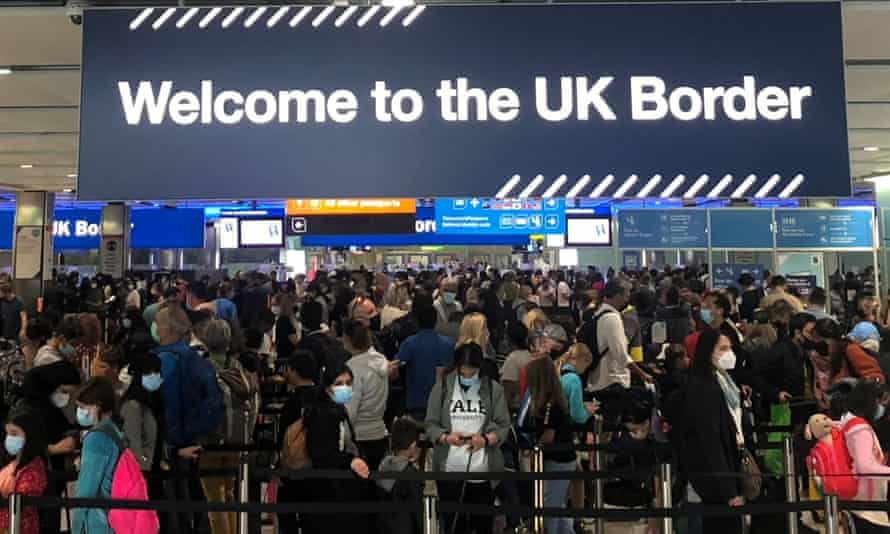 Concerns have been raised that EU citizens living in the UK may not be allowed to board flights into the country because of confusion created by new government rules over ID cards and passports.

From 1 October, EU citizens who do not have the post-Brexit right to live in the UK will not be able to use EU, EEA or Swiss national ID cards to enter the country.

It means that EU citizens not settled in the UK arriving for short visits or visa stays will be required to show a passport under post-Brexit immigration rules. Those settled in the UK can continue to use ID cards until 2025.

Brussels fears that airlines will struggle to make the distinction at boarding gates because the UK has not issued EU citizens living in the UK since Brexit with physical residency documents.

Instead, airlines will have to log into a government website and check a digital code the passenger can generate on their phone or laptop to prove their status.

Such is the concern that the matter was raised at a meeting last week of the UK-EU specialised committee on citizens’ rights involving officials from the European Commission and the UK government.

They fear that airlines will refuse to board EU citizens with ID cards because they will not understand the complexities of the UK’s new residency scheme for EU nationals post Brexit.

“It is very clear in the UK what the rules are, but we are afraid airlines are not aware of the rules,” said an EU diplomat.

While EU-member states have conferred simple residency rights on British nationals, the UK opted to categorise EU citizens into three groups: pre-settled status and settled status for those in the country for fewer than five years and those in the country for five years or more, and an additional category for the 450,000 EU citizens still waiting for a Home Office decision who are being given a certificate of application to prove their rights.

“We’ve had numerous reports that airlines simply don’t understand the settlement scheme as airlines don’t have access to a special portal the Border Force use to automatically cross-reference settlement status.

“The change in rules on 1 October is just going to add another layer of complexity for airlines,” said Luke Piper, the head of policy at the3million.

An EU source noted that “airlines are obliged to comply with the entry conditions” of member states and could face compensation claims if they mistakenly refused to board EU citizens with ID cards.

Ryanair said it was prepared for the change and that “passengers holding residence status in the UK, including but not limited to [the] EU pre-settlement and settlement scheme, will continue to be permitted to travel to the UK using ID cards”.

British Airways, Iberia and Vueling, and IATA were also approached for comment.

It also raised concerns about delays issuing certificates of application to the 450,000 in the Home Office backlog.

The UK raised concerns that “UK nationals continue to experience difficulties when seeking to access benefits and services”, among other issues.

A Home Office spokesperson said: “The British public repeatedly voted to end free movement and take back control of our immigration system. The removal of ID cards fulfils this commitment and means EU, EEA and Swiss citizens now follow the same, more secure rules for entering the UK as travellers from the rest of the world. They are an insecure form of identification and from 1 October we will be phasing them out.

“We have provided nearly a year’s notice of these changes, and have engaged extensively with the public and industry, including carriers, to enable those affected to prepare.”

Freedom to control who works here will...

Less than half of voters want immigration...