How Bruce Springsteen Unites the World

The United States and Britain are united in having political leaders who have insulted and mocked immigrants for electoral purposes. President Trump’s anti-immigrant tirades are well known, but Prime Minister Boris Johnson of Britain has voiced similar sentiments, including comparing Muslim women who wear face veils to “bank robbers” and “letter boxes.”

A few days earlier, Tell MAMA, a group that monitors anti-Muslim activity, revealed that anti-Muslim incidents rose by 375 percent in the week after Mr. Johnson’s comments. For those of us who grew up in the ’80s, the current climate brings back painful memories of a Britain we had hoped was long gone.

In the mid-1980s, I was a bored and dissatisfied British Pakistani teenager living in the gritty, unloved town of Luton, 30 miles north of London. My father had left Pakistan in the early 1960s. When my mother, my siblings and I joined him a decade later, he was working on the production line of an auto plant.

Britain in the 1970s was an uncomfortable time to be in an ethnic minority group. The far-right National Front party, whose manifesto called for the repatriation of “colored immigrants” and “their descendants and dependents” were fighting in elections and marching in cities and towns across the country.

Get the big debates, distilled. This comprehensive guide will put in context what people are saying about the pressing issues of the week.

Growing up, my parents were adamant that I was not and should never even aspire to be British. To my parents, the irreducible core of my identity was being Pakistani and being Muslim. Britain was simply where we had ended up. I was instructed never to speak English to my parents, only Urdu. My parents forbade me from attending school assemblies because Christian hymns were sung. My family’s social circle was populated entirely by fellow Pakistanis.

I wanted to belong, but I was told I was different and it was not only parents telling me so. In 1987, when I was 16 years old, Britain had elected the Conservative Party for the third successive time. Margaret Thatcher had been prime minister for half of my life.

It was a time when to have brown skin, to have an unusual name and Pakistani heritage felt like hurdles that a working-class boy like me would never be able to surmount. I wanted to belong and to feel British but I was convinced that Britain could never belong to me. This was a time when there were no British Muslim role models in media, popular culture or politics.

I should have felt despondent, but I didn’t care because I had a one-word escape plan: America. For the teenage me, America was not an actual place so much as it was an idea and ideal. I learned about America not through travel but from John Hughes and Martin Scorsese, from Studs Terkel and John Steinbeck and, most importantly, from Bruce Springsteen.

I was introduced to Springsteen’s music in the fall of 1987 by a Sikh friend at sixth form, the college British students attended between high school and university. He claimed that Springsteen was the direct line to all that was true in this world. Once I started listening, it was confirmed as nothing but the truth. 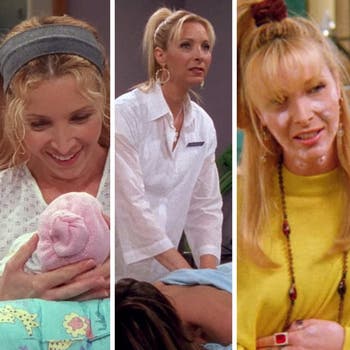 25 Years Later, It Turns Out Phoebe Was the Best Friend 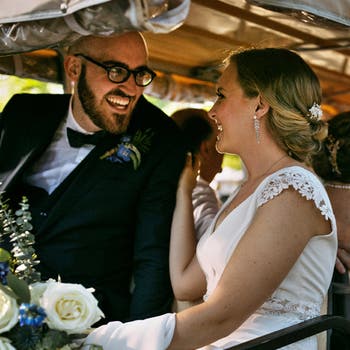 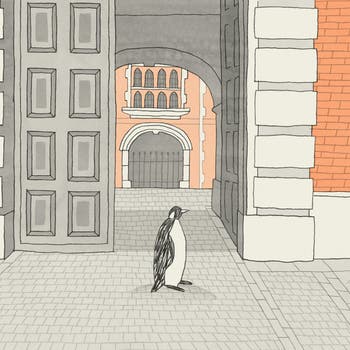 His Family Had Money. Mine Didn’t.

Springsteen sang about many things, about fathers and factories, highways and rivers and, crucially for me, he came from a place almost as unloved as Luton: New Jersey. When he sang, “It’s a town full of losers and I’m pulling out of here to win,” he was talking about his hometown, but he could have been referring to mine.

His songs were always quintessentially American. I fell in love with America as it was depicted in his music: the rattlesnake speedways, the dusty arcades and yes, even the New Jersey Turnpike. In Springsteen’s music I saw America as a land of hope and dreams. It was a nation that had its challenges but it was a generous-hearted place. If Britain would not accept me, I would be reborn in the U.S.A.

The first time I visited the United States was in 1990 when I took a Greyhound bus across the country before finally ending up in California, where I had a summer job selling encyclopedias door to door. Wherever I went people were intrigued by my British accent, but were always friendly and only dimly aware of Islam or Pakistan.

The Sept. 11 attacks significantly changed the Muslim experience of the United States. A year later, when I traveled to New Jersey for a Springsteen concert at the Giants Stadium, a man asked me how could he trust that I was a fan and not someone who was going to blow the stadium up. He asked me what my favorite Springsteen song was. I responded by listing a few titles that only true fans would have named.

My faith in America was tested. I kept hoping during the Bush years that the America I had fallen in love with as a teenager was not lost forever. My faith was rewarded with the election of Barack Obama, who embodied an idea that chimed with both me and Springsteen. During both his 2008 and 2012 campaigns, Springsteen campaigned for Obama.

The election of Donald Trump into the White House marked the arrival of someone whose vision of America was the polar opposite of the vision articulated by Springsteen and Obama. Where Springsteen’s America was open, welcoming and self-critical, Trump’s America was narrow, fearful and arguably race-defined.

I wrote a memoir about the influence of Springsteen on my experience of being a Muslim teenager in the 1980s small-town, working-class Britain, and it was recently turned into a movie and released in America.

I traveled from coast to coast, attending screenings and following the reactions people had to the film in person and on social media. People laughed when Javed, the character based on my teenage self, rhapsodizes about how in America you can be anyone you want to be — the distance between the hope and reality so stark.

The most encouraging thing to me has been the extent to which the film has connected with people so outwardly different from the characters in the film. In New York, I had a couple from New Jersey approach me after a screening to tell me how much they connected with the film. They had never met any other British Pakistanis. “You are just a Pakistani version of us,” the man said. It seemed such a simple statement but, in a time when the president and his supporters seem determined to deepen divisions by saying that certain communities who pray or look a certain way have less right to claim citizenship, it felt hugely significant and cheering.

In “Long Walk Home,” written after George W. Bush was elected for his second term, Springsteen sang that the “flag flying over the courthouse means certain things are set in stone. Who we are, what we’ll do and what we won’t.”

The America I fell in love from afar all those years ago will have to take a long walk home. Yet conversations with Americans who were moved by the story of a brown, Muslim boy from a British town left me with hope.

Sarfraz Manzoor is the author of the memoir, “Greetings from Bury Park,” and co-writer of “Blinded by the Light,” a movie inspired by it.

The Times is committed to publishing a diversity of letters to the editor. We’d like to hear what you think about this or any of our articles. Here are some tips. And here’s our email: letters@nytimes.com.

How Bruce Springsteen Unites the World

Britain’s treatment of migrants is shameful. These...