British pensioners moving to France: How to apply for a visa 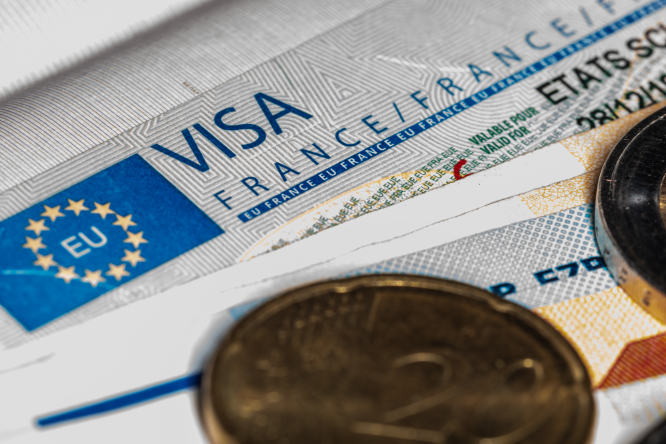 We are a British retiree couple looking to retire in France; what are the current income requirements?

These requirements apply to Britons post-Brexit, and already applied to other non-EU nationals, such as Americans or Australians, though some details may vary (eg. the amount of the initial fee, and required healthcare arrangements; for example American pensioners need private insurance for their first year in France, as they do not benefit from the ‘S1’ scheme).

A visa is a sticker in the passport, giving the right to come and go from France during a defined period. To stay on for another year or more a holder has to then apply for a residency card from their local prefecture in France.

VLS-TS is a kind of visa that is considered ‘equivalent to a residency card’ because the holder may stay in France for a year without holding a card (unlike some other visas requiring people to apply for a card in the first two months after arrival in France).

The term ‘visitor’ is used because there is no specific category for retired couples moving to France and other visas relate to situations such as work or moving to be with French family members.

Also, the right to stay is of a temporary nature (renewable annually), though it is possible to apply for a 10-year ‘resident’s card’ after five years, on certain conditions.

A visitor visa or card gives no right to work in France and you must pledge not to do so.

Official French sources say your accommodation arrangements are however taken into account.

Author of Foolproof French Visas Allison Lounes of Franceformation told The Connexion officials may not mind if you are slightly under the amounts if you own your home in France.

She added that couples applying will generally be asked for around €300/month extra rather than double the amount.

We have asked the French Consulate in London if it can confirm the latter point.

Ms Lounes added that each individual makes their own visa application, but family applications are linked and one application may depend on another. You list family members you will be travelling with.

Substantial savings are also likely to help, if the income levels are an issue.

What is the process to apply?
The first step is applying for the VLS-TS visiteur, which is done online at the website France-Visas in the three months before you plan to travel to France.

You can find the precise list of documents required by using the French consulate’s Visa Wizard.

When asked for the reason for the stay, you need to click ‘visitor’, rather than ‘family or private settlement’, which relates mainly to those with family links in France.

You apply at this page, and you will be asked a series of questions about your plans.

On making your application there is a fee of around £26. The visa website states there may be an additional £3 fee for using a credit card. You will then have to book to visit a visa centre in London, Edinburgh or Manchester.

When you visit, you need to bring in originals of all supporting documents and your passport, plus photocopies of all of these including key pages of the passport and pay a visa fee of €99 (£84).

There is more detail about visa applications in this previous article. It focuses on those visiting for up to six months on a ‘temporary’ visa, but the formalities are largely the same though the visa for a person moving to France will be valid for 12 months.

Documents required will include identity photos, your passport – which should be valid until at least three months after the end of the visa period – evidence of your means (eg. pension statements, bank statements dated from less than three months ago…), proof of healthcare cover, proof of where you will stay in France (eg. rental contract or house deeds).

For British state pensioners, there should not be a requirement of taking out a private healthcare policy as you will be entitled to cover via the S1 form system.

We note an anomaly, however, in that the Visa Wizard states that pensioners can ‘provide’ their S1 when they apply, however these have usually only been delivered once a pensioner has moved to France (we are seeking clarification on this point from the French consulate and NHS Business Services, which processes S1s).

When the visa is ready you will be invited to collect the passport or alternatively, you can opt for courier delivery (eg. an extra £16 in the UK).

Formalities in France
Once you have moved to France, you should ‘validate’ your visa online within three months. A €60 fee is payable.

In the two months before your visa expires, you should apply to your local prefecture office for a carte de séjour temporaire ‘visiteur’, valid for one year. You will need to renew this annually at least for the first five years. There is a €225 fee payable in timbres fiscaux (obtainable from tabac shops).

We have to stop the demonisation of...

British child migrants who were sent to...