Temporary scheme for up to 10,000 foreign workers in transport and food in wake of fuel and supply disruption 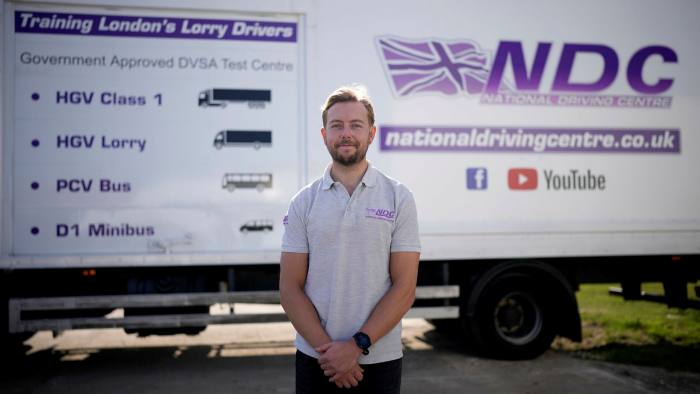 Boris Johnson has bowed to months of pressure from business by authorising a temporary visa scheme covering up to 10,000 foreign workers, in order to ease a shortage of lorry drivers that has caused widespread disruption. Ministers and officials met on Friday to sign off a package of measures, including issuing temporary visas to thousands of foreign truck drivers and meat processing workers following chaotic scenes at petrol stations and sporadic food shortages. Downing Street hopes to make a formal announcement as early as Saturday afternoon, according to Whitehall officials. The package is expected to “last three to six months, to see us through Christmas”, one said. Energy company BP announced on Thursday that a “handful” of petrol stations would temporarily close due to a shortage of drivers able to transport unleaded and diesel fuel. ExxonMobil also warned that a “small number” of its petrol stations had been affected. Johnson is expected to sign off approximately 5,000 visas for HGV drivers and a similar number for food processing workers, with a focus on the poultry industry. Home secretary Priti Patel was previously the strongest opponent of giving temporary visas to foreign HGV drivers, arguing it would lead to a stampede of different industries demanding similar preferential treatment. She has since sided with transport secretary Grant Shapps to support the plan. One person close to the situation said the prime minister was “completely fed up with bad headlines on this and wants it sorted and doesn’t care about visa limits any more”. An individual with knowledge of Friday’s meeting said “the PM indicated he would rather take the short-term hit on immigration as a trade off for not messing up Christmas”. The package will also include measures to reduce red tape for HGV drivers and a programme to encourage those who had left the industry to return. Lorry drivers currently do not meet the skills threshold to qualify for work visas in the UK under the government’s new points-based system. In recent months the government has resisted calls to offer temporary visas to foreign drivers in a bid to fill an estimated 100,000 vacancies.  Shane Brennan, chief executive of the Cold Chain Federation, which represents the chilled food industry, said: “It’s a positive breakthrough on an important point of principle. However this feels like too much of a Whitehall compromise rather than a real solution.”  He said 5,000 highly conditional visas would not be enough. “Having admitted that immigrant labour is a part of the solution, why can’t we do it properly and give our exhausted food industry supply chain workers the reinforcements they desperately need?” Johnson’s move comes as Tory MPs worry about a broader “cost of living crisis” involving rising gas prices, inflation, an imminent national insurance increase, the end of the furlough scheme and cuts to universal credit. The CBI business lobby group said its members had this week warned about “sharply increasing” material costs and shortages of key manufacturing components. Producers also faced “rocketing energy prices”, it added.

A combination of higher wages, increased licence testing of HGV drivers and better working conditions would solve the issue in the medium term, Shapps argued. About 20,000 EU drivers returned home during the pandemic, according to industry estimates, but a further 50,000 British drivers with HGV licences also stopped working during the past 18 months.  The government’s agricultural seasonal workers programme currently allows 30,000 foreigners to come to the UK to help with the harvest. Farming and food groups have been lobbying for an expansion of the scheme, warning that they are already scaling back planting plans for 2022, and without more workers UK food output will fall and prices rise. A senior industry insider said talks with the agriculture department, Defra, were continuing on Friday, but that ministers appeared “increasingly sympathetic” to some form of expanded provision for food workers. George Eustice, agriculture secretary, said in Northern Ireland on Thursday that he was looking to “change the focus” of the scheme, acknowledging there was an “acute” labour shortage in some UK sectors.

British pensioners moving to France: How to...