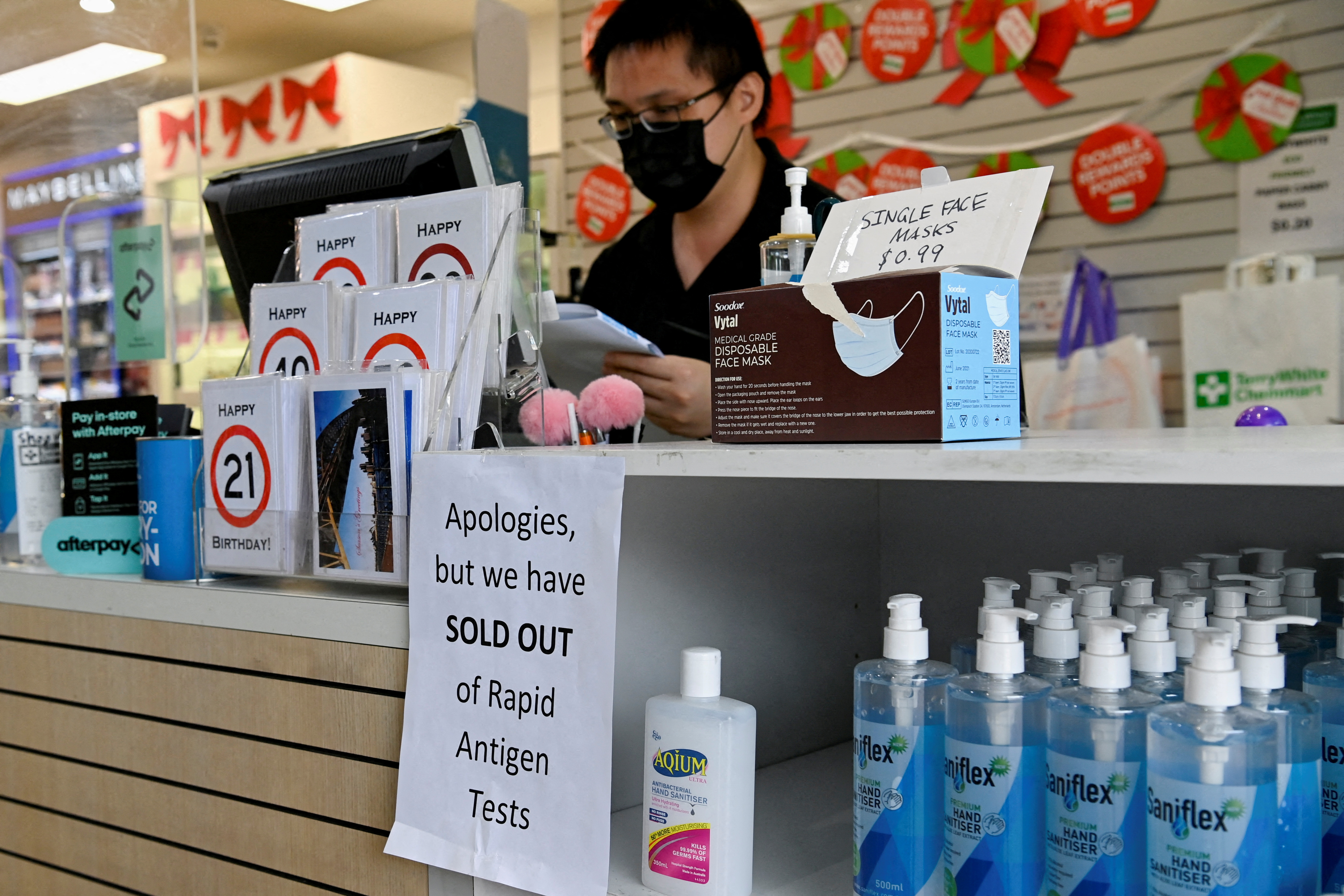 SYDNEY, Jan 19 (Reuters) – Australia threw out an invitation to backpackers on Wednesday, seeking reinforcements for a workforce crippled by an Omicron COVID-19 outbreak as the country’s health system creaks under the pandemic’s strain with more deaths predicted in weeks ahead.

Prime Minister Scott Morrison said his government was waiving the A$630 ($453) visa application fee for any backpacker or student who arrives in Australia within the next 12 weeks, and encouraged them to see work as they tour the country.

“Come on down now because you wanted to come to Australia,” Morrison said during a televised press conference.

“Move all the way around the country, and the same time join our workforce and help us in our agricultural sector, in our hospitality sector, and so many of the other parts of the economy that rely on that labour.”

The call for backpackers comes as Morrison faces criticism at the beginning of an election year over his handling of an outbreak of the Omicron COVID-19 variant that has seen record numbers of new infections and deaths.

But it also was issued the same day as the U.S. Centers for Disease Control and Prevention (CDC) advised against travel to Australia and 21 other countries because of a rising number of COVID-19 cases. read more

Officials reported 67 new deaths and nearly 80,000 new cases on Wednesday. The country suffered its deadliest day with 77 fatalities from the virus on Tuesday, and Chief Health Officer Paul Kelly said Australians should expect the pandemic’s overall death toll to rise further from the current 2,843.

Australian businesses are grappling with the growing toll of workers out sick or ordered to isolate as close contacts. The labour crunch has created supply shortages, leading major grocers to reinstate purchase limits on essentials, and is hampering the country’s economic recovery.

At the same time, rising hospitalisations have put pressure on the health system, with 5,025 people admitted as of Tuesday, up from 759 a month ago. Nearly 1.3 million cases of the pandemic’s total of 1.6 million have been detected in the past two weeks.

Hospitals in Victoria state moved from midday to a ‘code brown’ status, usually reserved for natural disasters or mass casualty events. Nurses in neighbouring New South Wales staged a rally in one of Sydney’s biggest hospitals protesting against staff shortages.

Morrison acknowledged the crest of the Omicron wave is “either upon us now or will become upon us … over the next few weeks” but said Australia’s fatality rate remains one of the lowest in the world.

“Australia continues to prove resilient despite the frustrations and the very genuine concerns,” Morrison said. “Our health system, despite a lot of pressure, is holding up.”

Morrison is also fielding criticism over the shortage of at-home rapid antigen tests amid reports of price gouging which the country’s competition regulator has called “beyond outrageous“.

On Wednesday, he urged state leaders to drop any requirements for workers in most industries to take daily rapid antigen tests as the federal government promised to procure up to 52 million kits this month from Asia and the United States.

Amid a nationwide shortage, police on Wednesday said 42,000 testing kits worth about half a million dollars were stolen from a freight depot in Sydney.

‘Immigrants should blend in and adopt Australian values’:...

A race to the bottom’: how Australia...