REFUGEES fleeing from Afghanistan are integrating well into Hampshire communities, according to politicians and charity bosses.

Since the Taliban took control of Afghanistan in August, roughly 50 families have been placed under Hampshire’ s care, according to the county council.

Of these, almost a dozen are in long-term accommodation, with the rest currently in hotels while they wait for housing – which could put them anywhere across the country.

Local authorities, charities and community organisations are doing everything they can for these families, and report that good progress is being made. 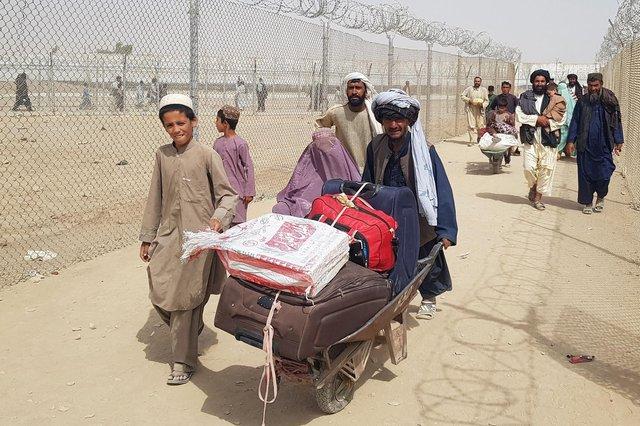 Community First is one of the charities involved, and has been leading the charge on co-ordinating donations.

Chief executive Tim Houghton said: ‘The youngest refugee I’ve met so far was just three months old – this is a really difficult time for all these families. They have left good jobs, their livelihoods and even other family members to escape Afghanistan.

‘It’s been two and a half months and we’re now seeing many of them start to access the services they’re entitled to via the Department for Work and Pensions. But these people are highly-skilled and want to do more for the country that has welcomed them in.

From what we’ve seen of those moving into long-term housing, communities have been incredibly welcoming to families. It’s the simple things that make a big difference, like helping them with public transport or getting a bank account set up.’

Mr Houghton added that donations from members of the public have been ‘incredibly generous’ and has asked for any future donations to come in the form of supermarket vouchers for the families.

She said: ‘In temporary accommodation we have around 154 individuals, some 90 of which are children under the age of five.

‘Nine more families are due to move into accommodation in the next couple of weeks, and a further 10 properties have been offered to the Home Office for families.

‘During half-term we took a lot of the Afghan children down to Calshott for the day. For many it was the first time they had seen the sea, and it was a lovely day for all of them.’

Conservative councillor for Candovers, Oakley and Overton, Cllr Juliet Henderson, added: ‘I met with a refugee recently who said he received a wonderful welcome, and is looking forward to raising his children here.’

Why a points-based system is not a...